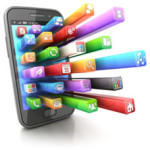 You may have been reading up on the Enterprise Mobility Suite by Microsoft. Especially now that Windows 10 has been released, it seems like everything is becoming easier and simpler for end users, managers and admins alike while Microsoft is really pushing the Anywhere, Anyplace, Anytime concept.

Let me state first off that I believe these advancements are incredible, and I really feel Microsoft is heading in the right direction, but there are quite a few ‘gotcha’s’ that you probably don’t know about that could hurt your implementation, they may not always apply to you.

In my opinion, as EMS currently stands as a suite, when used to manage Windows 10 laptops / tablets and desktops, is only suitable for very ‘light’ management situations unless there is an additional device management authority such as SCCM fully configured and implemented as Internet Facing for true device and application management.

The Enterprise Mobility Suite as a standalone product for full Windows 10 is NOT suitable for almost all Application Deployment scenario’s.
END_OF_DOCUMENT_TOKEN_TO_BE_REPLACED

Version 2.2 of OneDriveMapper has been released.

ADFS redirection handling was revamped again, the previous method did not end up as robust as expected when running into different language implementations or older browser versions.

Now isn’t that fresh and clean?

I was recently asked to build a Powershell script to fully automate building up a server, including detailed configuration and installation of roles and other software.

Some of these actions required a reboot. After a reboot, the Powershell script had to restart itself. When running a script remotely, Workflows can be used, but when running the script locally I could not get this to work properly. Thus, I built a self-restarting script template that will run each phase as you configure it.

This self-resuming Powershell script writes its own run configuration to a Scheduled task that will run at boot time without user interaction, under the SYSTEM account. It will run all the commands you specify, reboot and resume when necessary, and unregister itself when it has completed.

This is awesome for, for example, building up Terminal Servers or Web Servers in a highly virtualized environment. Of course there are many orchestration tools available, and they may be better suited for this task, but those were not available when I was asked to code this.

Or check out the source code: