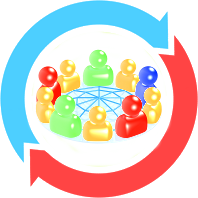 O365GroupSync is a tool that I built for a large global NGO, because AADConnect creates Read-Only objects in Office 365.

Read-Only objects cannot be edited in Office 365, thus users are unable to edit distribution lists in Office 365 even if they are managers of said lists.

O365GroupSync was built to take over the synchronisation and initial seeding of all distribution lists, both ways, to allow users to edit distribution lists while in a hybrid Office 365 Exchange Online scenario.

It will NOT process:

I’m not a real programmer, this code is meant as a Proof Of Concept. I do not guarantee this product will work in your setup, and I offer no dedicated support, I try to help everyone on a best-effort basis but also have to work for a living. So make sure you test well and understand the code before you use it.